When contaminated soil is discovered during an underground storage tank removal project it can be a challenge to segregate the clean soil from the contaminated soil. Especially, if site space is limited, which is often the case in urban areas. Environmental consultants will oversee the segregation of soils using field screening devices that will analyze volatile organic compounds (VOCs) in parts per million. If contamination is obvious visual inspection may be all that is necessary to separate the clean from the dirty. The soil is segregated in order to prevent cross contamination and to save on cost and materials, but there’s more to this task than simply separating the soils.

Let’s dig into the clean soil, before we cover the contaminated soil.

The presumably uncontaminated soil stockpile will be sampled according to regulatory guidelines to confirm that the soil is clean. If the sampling analysis confirms that the soil is clean, the soil may be reused on site or as clean fill material off site. The more soil that can remain onsite, the less soil that is required to be disposed offsite and replaced with other fill. Disposal of non-hazardous wastes, like those impacted by fuel oil, can be costly. Reusing suitable soil can save a significant amount of money on your project, especially if the impacted soil is considered hazardous waste due to impact from gasoline. 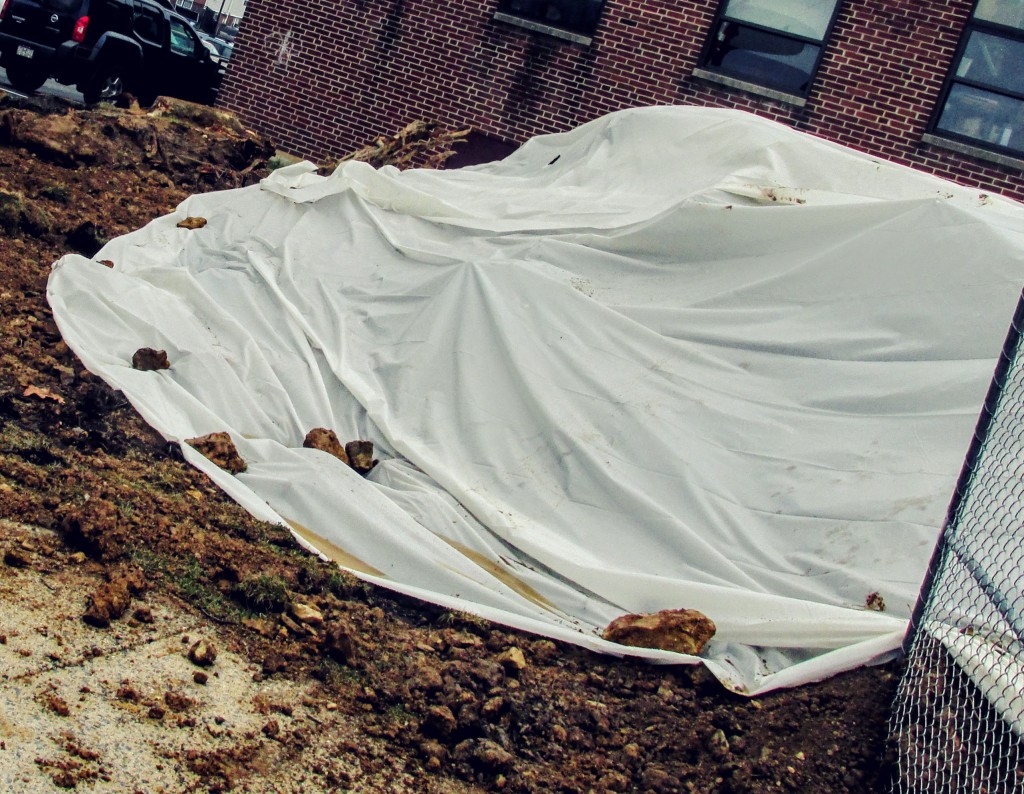 A high-density polyethylene plastic liner is placed over the contaminated stockpile until the soil can be managed properly.

Back to the impacted soils that we pushed off to the side. Impacted soils must be placed on and covered by an impermeable material, such as a high-density polyethylene plastic liner. The storage tank and spill prevention program requires this crucial step to prevent cross-contamination of soils. Infiltration from precipitation or surface runoff would allow the contaminants to migrate back to the subsurface or offsite. Covering the impacted soils also prevents exposure of soil to the atmosphere. The goal is to isolate the contamination and keep it in place until the impacted soil can be disposed of or treated properly. Depending on state or local regulations, the waste storage clock often starts ticking requiring that these soils be managed in 90 days or less.

At Element, we’ve never been on a tank removal project that stored the impacted soils for more than a couple of weeks. In many cases, it’s not feasible to remove the soil immediately because the coordination of resources to ensure the safe removal and proper disposal takes some time. Also, many of the procedures that occur once a release has been identified are dependent on laboratory analysis and turnaround time, which can take a few days and sometimes weeks. That’s why it’s important to cover your mess, before it leads to an even larger problem.